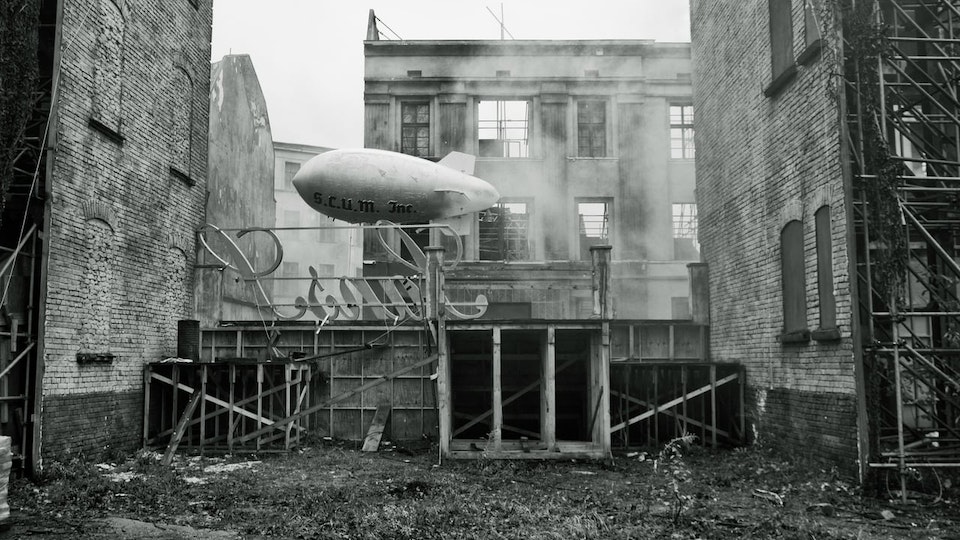 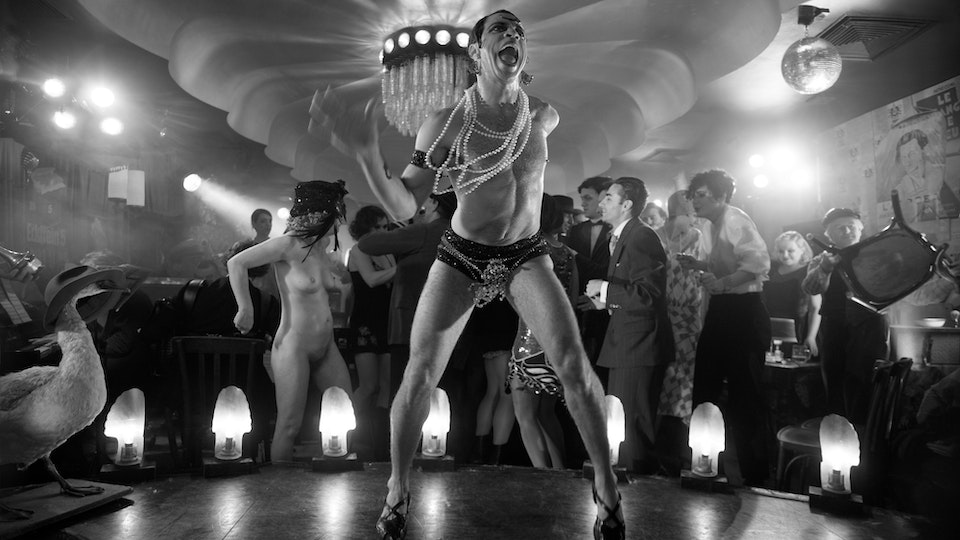 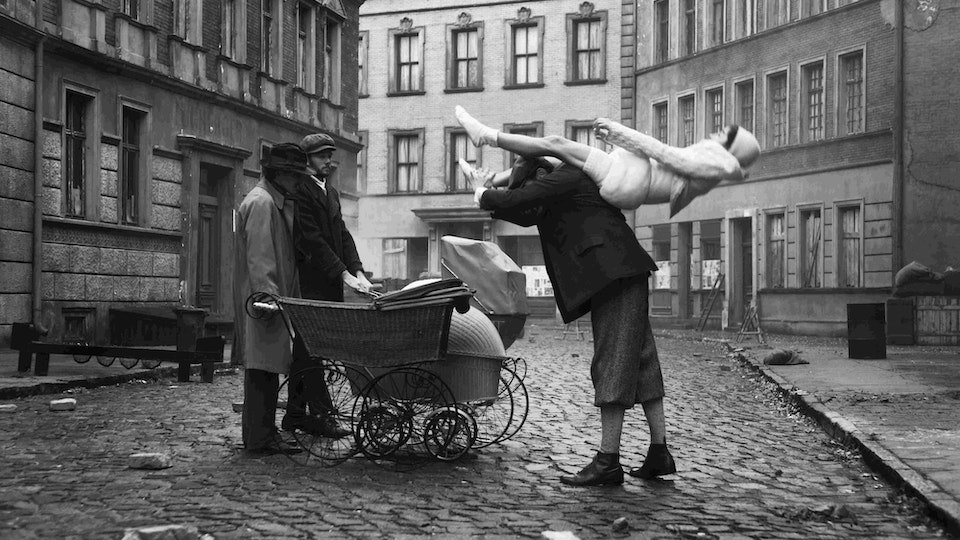 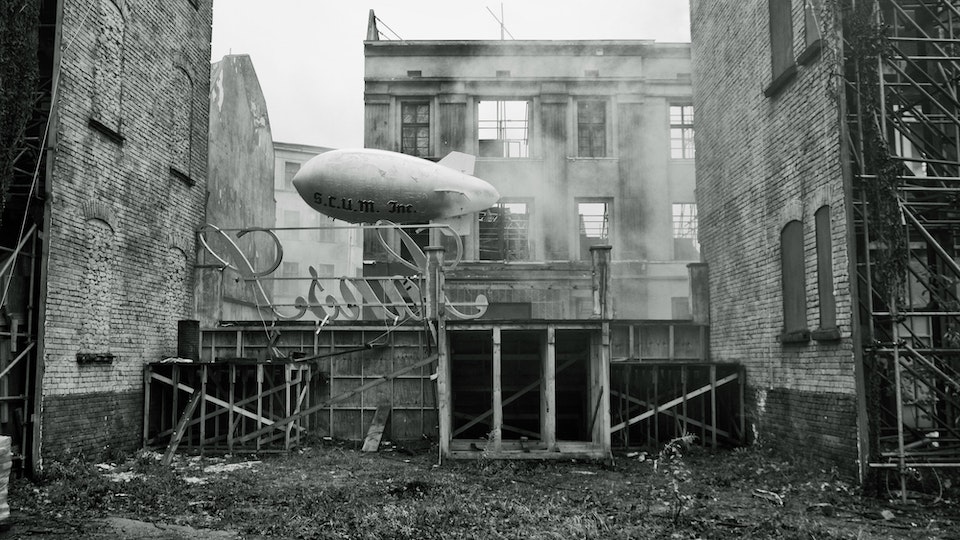 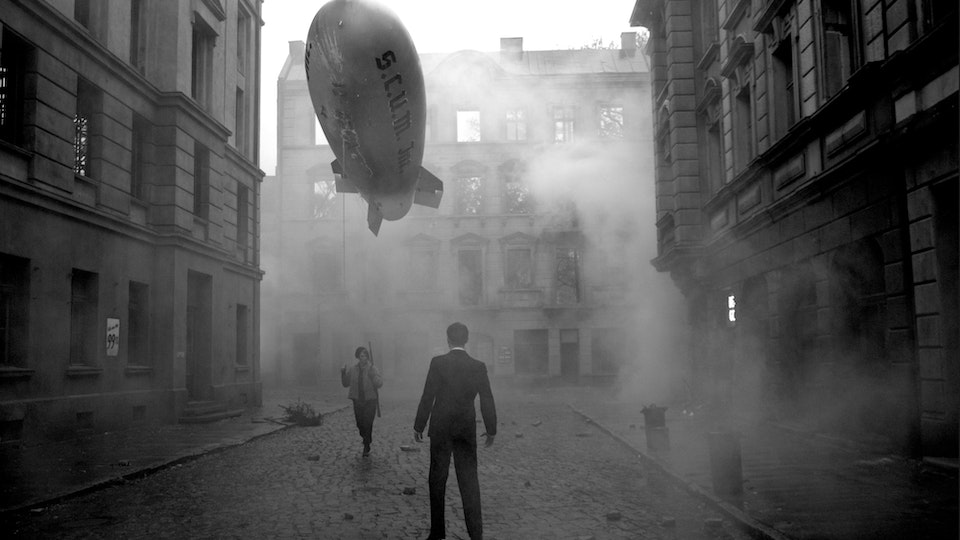 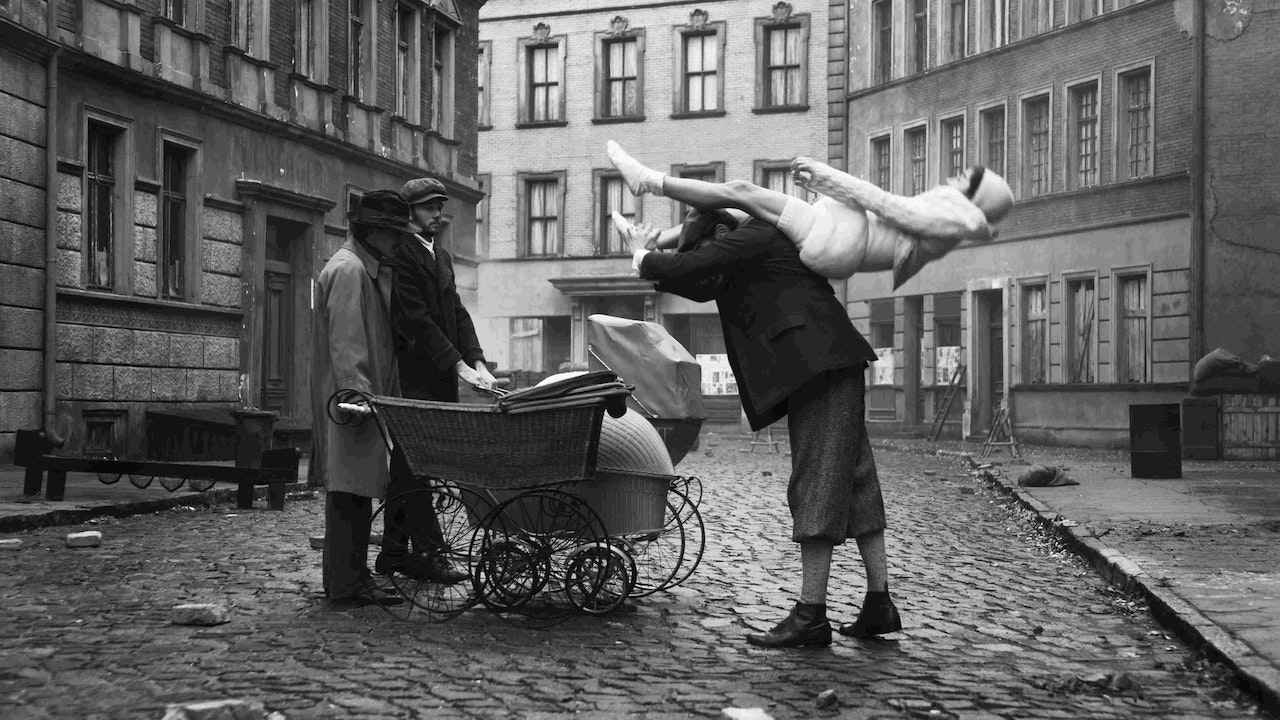 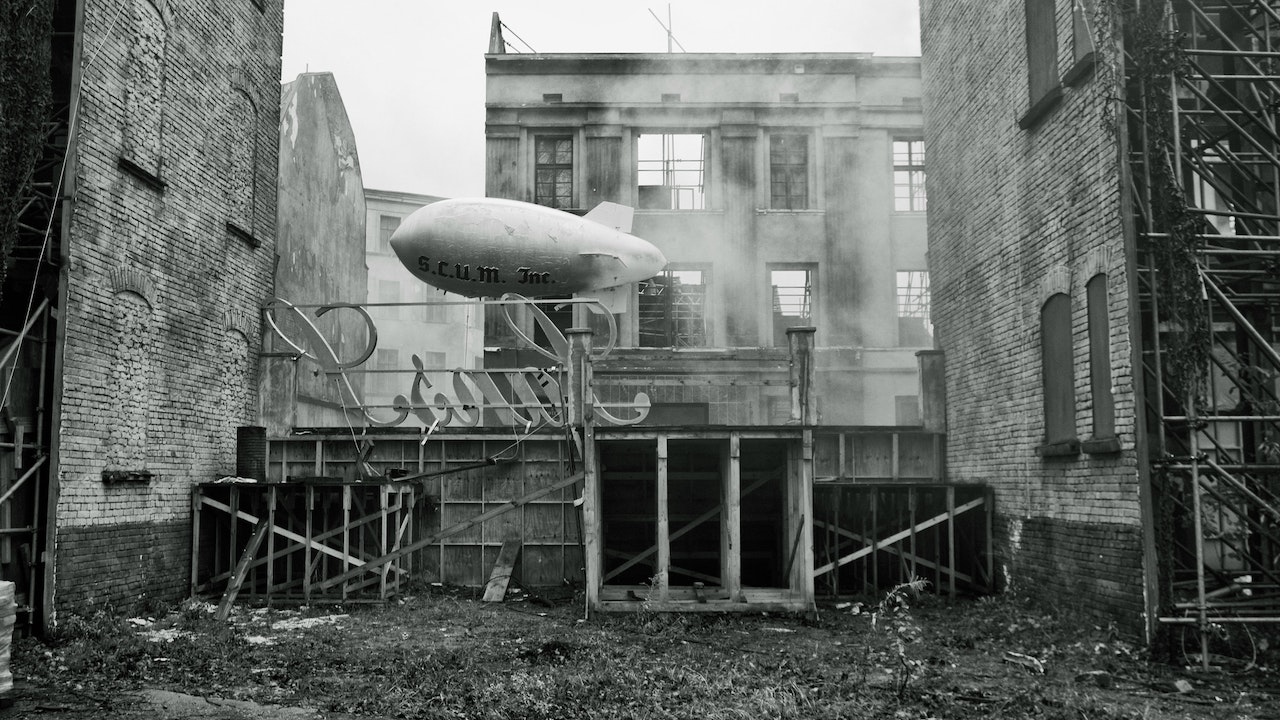 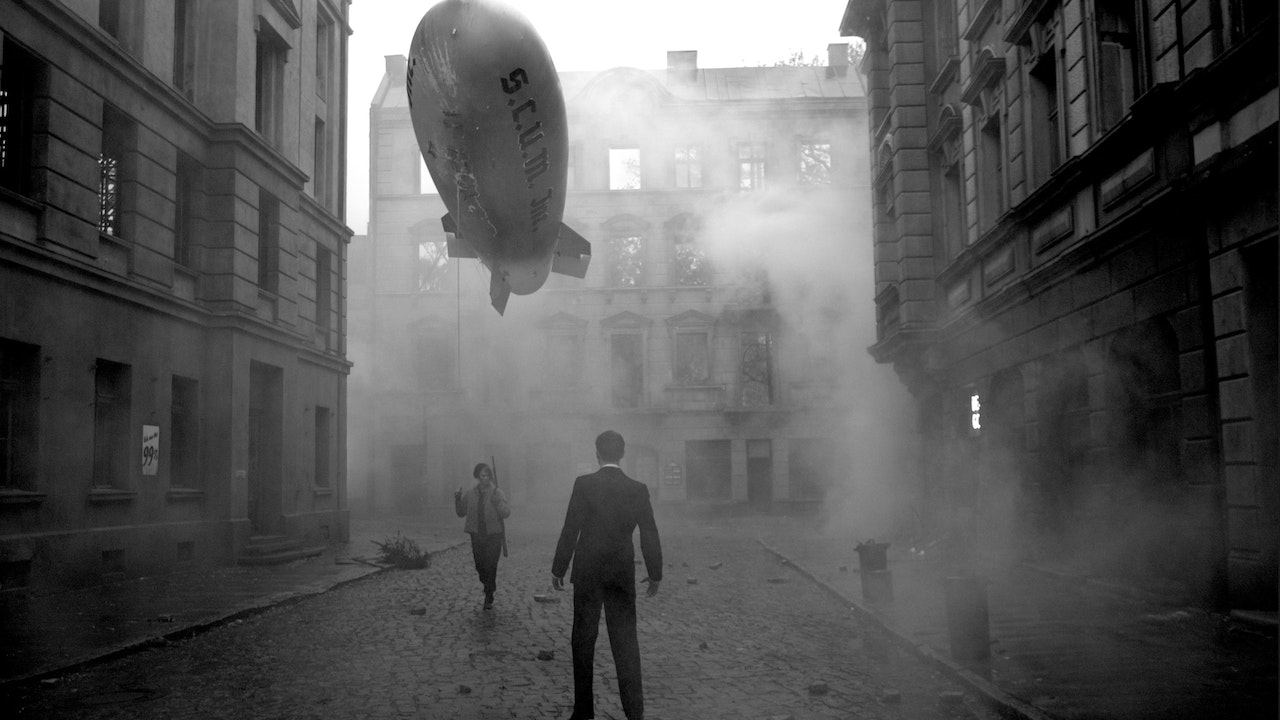 Deep Gold (2013/2014) is part of the anthology film The Scorpion’s Sting (2013/2014), that was initiated by the artist-duo M+M. Six artists or artist collectives were invited to work on Luis Buñuel’s groundbreaking and at the time scandalous film L’Âge d'Or (1930). Based on the original episodes, Tobias Zielony, Chicks On Speed, M+M, Keren Cytter, Julian Rosefeldt and John Bock each reinterpreted one of the six filmic sequences.

Rosefeldt’s part, the black-and-white film Deep Gold, recalls a grotesque version of the ‘Golden Age’. It functions as a fictional insert in Buñuel’s original movie, in which the two protagonists, played by Lya Lys and Gaston Modot, try to fulfil their lust for each other, but are constantly separated or disturbed by various obstacles. Buñuel used the motif of amour fou to criticise the restrictions and conventions of the time: the Catholic Church, the political establishment, the bourgeois morality, the aristocracy, etc. It is the final scene before the epilogue, in particular, that becomes a key moment for Rosefeldt’s project. In the garden of a villa Lya Lys suddenly ignores her hitherto desired Modot and instead kisses an old man. Subsequently, Modot freaks out and starts a crazed action in his room, throwing a priest, a burning Christmas tree, a snowplough and a giraffe out of the window. The surprising fact that Buñuel in L’Âge d'Or sets Lya Lys free in her lust and doesn’t bind her desires to Modot, who, quite the opposite, only focusses on her, can be read as a defiant and progressive statement by the Catholic Spanish film maker.

Rosefeldt interpreted this episode as an early and provocative feminist manifesto. Taking this understanding as a starting point for Deep Gold, his version shows a world full of lust and desire, in which a weak male protagonist becomes overwhelmed by an omnipresent female sexuality. The initial suicide of a fool in love marks the entrance into a bizarre 1920s setting: Rosefeldt’s Modot jumps out of the window and awakes in a foggy street – a surrealistic environment rife with bars, brothels, whores, hustlers and naked people strolling around shamelessly. Stunned and confused, he continues his rampage and ends up in a nightclub (Deep Gold), where a lascivious performance widens his eyes and once and for all drives him mad. Promiscuity and freedom from behavioural codes are excessively celebrated at the club, while the protagonist wanders around like a stranger – used to the inhibited bourgeois world he derives from. Throughout the film he embodies a symbol of the constrained modern society Buñuel assaulted in the early twentieth century.

Rosefeldt intertwines his references to Buñuel with up-to-the-minute news: Richard Wagner’s music and a Dalí double encounter topless FEMEN activists and other contemporary feminist protagonists, while wall posters with the Occupy-Wall-Street-slogan ‘We are the 99%’ hint at the parallels between the economic situation of the 1920s and that of today. The aesthetics of the film is akin to the original movie, but the moral and social standards in Deep Gold are those of the present: sexual revolution and the feminist movement reached their pinnacle long ago; promiscuity is reality and pornography is overall disposable. L. Korndörfer